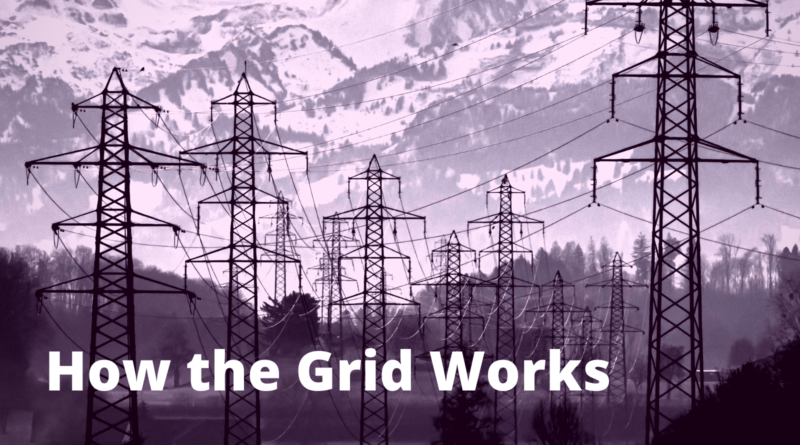 Electricity takes the help of grid for reaching us. Usually plays a vital role in our life. We need it 24×7, it even works for us on weekends and even on vacations. We need power in almost everything from cooking food to doing other chores in the home. As the number of electronic vehicles (EV) is growing, the vitality of the grid is increasing. It’s a bit like the oxygen we breathe.

Technically the grid is the means that help in the transmission of electricity over long distances. It connects the generation units to the end-users like we, Industrial units, building etc.

What the grid is consist of?

The grid system is a synergy of certain components which come together to form a roadway for the sparking electricity to reach us. This usually consists of four basic parts those are Generation Units, Transmission Lines, Distribution and Load or the consumer.

For transmission purposes, 110 kV and above voltage is preferred, 34 and 69 kV lines are usually used by Distribution.

High Voltage is chosen to decrease the loss in transmission and reducing the current with the constant Resistance.

Distribution is simply a network of wire that connects the end-user with the transmission line. The line we usually see on the streets or the underground cable with hubs in every 100 Meters. Homes and offices get connected to grid using these hubs. Here they fix prices for your electricity according to the cost they pay to the producer and charges for transmission.

The total network of Distribution and Grid ends here. We are those end users what else we can explain end-user. We are the load that pulls the electricity from the Generation units.

First, the Generation unit produces electricity. Typically, a turbine-powered alternator creates 20000 Amps at 25 kV which is 500MW. In a single generation unit, we can find around 4 – 6 such alternators. This is the same voltage at which an Electric locomotive works.

When we consider photovoltaic energy generation, the feeding of this energy is a bit complex and we will cover in another blog.

Then the 25 kV is stepped up to 345 – 765 kV AC using transformers. Then HV electricity is used for the transmission of power over long distances. While sending 500MW at 765 kV the amps are around 655 Amps. By stepping up the voltage we can move more power with low amps over the transmission line. The amp is the limitation for the conductor. More amps the wire is exposed to more damaged it has to face so as the heat. Here we are reducing the amps for the power line for about 30 times. This results in loss of any a 2-6 % over the transmission.

As the electric power reaches the substation the transformers steps it down to usable and distributable voltage. Which is easy to handle and not so hazardous. The distribution line is usually of 69 kV, 26 kV, 11 kV, 4 kV, 220 V and 120 V AC. Distribution lines can be overhead and underground both. The distribution lines ensure that electric current reaches each every load or consumer. It may be commercial, a big business house or a scalable industrial unit. And here is the end of the Grid system.