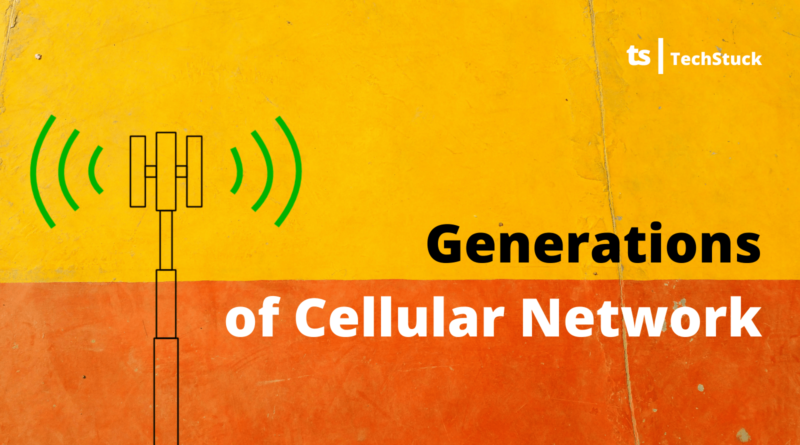 We need our phones in each and every moment, From making a call to having a chat to playing a game online. Most of the work basically need a cellular network to provide you with the services you are willing to get.

The cellular network is that network which we need every day from minute to minute basis to fulfil our need for information and provides connectivity, and flexibility to our general operations.

The G here stands for the Generation.

Cellular networks have updated many a time in the past years. Many newer generations have been adopted still some old ones are online to provide the coverage in case of failure of new generation over an area.

So we will cover all the G’s of the cellular network and there technologies. Which are as follows :

Japanese company Nippon Telegraph and telecom is the first to in the world to commercialise the technology in 1979. Then Motorola DynaTAC Series came worlds first commercial portable cellular phones.

The second generation is the first footstep to digital wireless cellular technology. This is the most common type of network. It follows the GSM standards. First commercially launched in Finland by Radiolinja (now acquired by elisa).

From this generation the cellular networks became digital. Major benefits of 2G are Digitally encrypted phone conversations and signal. These cannot be easily scrambled and can travel long in comparison to analogue. As it is Digital it uses the spectrum more efficiently in each frequency band. In this generation, the data service for mobile devices started like SMS, MMS, and Internet services.

2G evolved into 2.5G (GPRS denoted by G) and 2.7G (EDGE denoted by E), I hope you guys might be remembering those signs from those 2G mobile devices and GPRS USB Dongles. Those we use to connect to the internet back then.

The 2G networks are still running in many countries in the world like Switzerland, United States, Netherlands (shutting down in Nov 2020), South Korea, India.

This wireless mobile telecommunication technology upgrades for 2.5G and GPRS network. Its base set of standard complies with the International Mobile Telecommunications-2000 (IMT-2000) of International Telecommunications Union (ITU). According to IMT-2000 standards, a system that can provide peak data speed of at least 144 Kbits/sec will get be known as 3G Network. We all have used 3G network and we all know when new 3G came. They were like fast up to 70-80 Kbits/s or sometimes 90-110 Kbits/s. Latter the things improved and we could actually use the real 3G.

First, the UMTS systems are provided when 3G came into the market. The original and widespread interface for 3G is Wideband Code Division Multiple Acess (W-CDMA). The latest is HSPA+ or Evolved High-Speed Packet Access. The HSPA+ Provides speeds up to 28 Mbits/s and Uplink up to 22 Mbits/s. This provided the smartphones with its networks base to do things like high-speed data transfer, video chats, high-speed surfing and downloads, etc.

It has a peak data rates of up to appx. 100 Mbit/s for high mobility such as mobile access and up to 1 Gbit/s for a network that provides less mobility. This is now the most common network that the world uses now. As 4G is based on packet switching only it requires a low latency data transmission. So rather than using traditional IPv4 which requires a NAT (Network Address Translation), it uses IPv6.

The fifth-generation technology is a standard for the broadband cellular network. It was first deployed in 2019. In 5G, the geographical areas are divided into small areas known as cells. 5G Devices in a cell, are connected the network through the local antenna by Radio Waves. Advantage of this network will be Higher Bandwidth and give higher download speed of about 10 Gbit/sec.

It is expected that this new network will not only provide the network base for the cell phones rather than it will also provide a network base for Computers, Laptops, etc. And will compete with existing models of ISPs such as Cable and make the IoT a reality.

May be we be able to call from our frigde

May be we will never lose our SIMs, may be this will introduce us to the Programable Internal SIMs.

Thats for another blog.