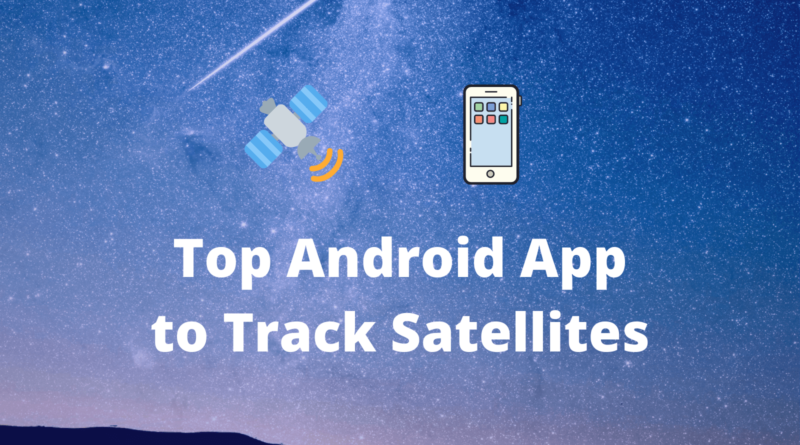 Watching the night sky is fun and delighting but the most delighting thing is seeing a satellite passing by in the night sky. Its looks like a small star moving so fast that it vanishes in between a minute. If you admire seeing moving satellites over your heads in the night sky, here are some Apps for your android device. These apps will help you caught many satellites with their live locations.

We live in a modern era we have sent so many things into our earth orbits that usually a 100s of satellites pass over our head in every minute. and seeing one of those passing over 100s of km above us is fascinating.

So here are some apps you should consider installing on ur smartphone or any Android device to get information and directions of the pass. So I collected the top three apps which are as follows:

This has a nice and convenient interface. It tracks almost everything. You can track satellites, orbit debris, Geosynchronous once, & military (classified ones also). The best thing about this is that you can track by category like Low earth orbit, Mid earth orbit, Highly elliptical orbit satellites. It provides you with a live location of the satellite. It has 4 modes i.e Radius Search, Globe Search, Search by Satellite, and Maps search. I like the Radius search the most which provide all the information and shows satellites passing by on your GPS location.

I suggest you try finding some with radius search its the best way you can spot one and do use your inbuild compass.

This is an app with a simple interface. This app looked more into the information that it wants to provide its users rather than the graphics. and it is the lightest app in its domain. It is only a 4Mb package. It has a unique option that you can switch between the radio satellite and visible satellite. This way it becomes easier for you to get a view of that satellite that are easy to spot. It also provides a lot of information about the specific satellite you choose. It also provides transmitting radiofrequency for radio satellites.

From its name, it might be clear that the app is more specific towards tracking ISS. And at the first glance it does so, But the thing I liked about this app that it has a lot of information about the ISS. It also a light app which weighs only 9MB. It has a Pro version of Extention that will provide you with information about the famous objects but I think this much information about one satellite is worth it. It provided notification on your phone about the pass before the set time. This is also recommended by space.com if you want to track.

It has a cool look to its interface. And this app is so well designed, The globe in this looks so realistic and the whole interface as a whole looks splendid. If you want to track ISS specifically and also want a nice interface to play with then it’s gonna be great for you. It doesn’t have a lot of satellites to track and when you are trying to track any other satellite other than ISS it usually asks you to subscribe. I just suggested it because I loved its interface and if you are up for ISS then go for it.

If you guys really spotted some satellites do lets us know in the comments how many and which one did spot. Good Day.

And if you guys want to know which stars you are seeing we are soon going to provide you a list of apps which will let you know. Stay connected.